Davido is out here running the 30 billion gang and taking on the job of a Prophet at the same time.

The Singer took time off his busy schedule to prophesy some good news into Tobi Bakre’s life earlier and of course, his comment is currently making rounds on the Internet.

Davido who has formed a friendship with Tobi since the latter’s rise to stardom as a Big Brother housemate, let him know his thoughts for him are good, period. The Singer in a comment under a photo of Tobi and Ebuka (who is the current host of the show) said;

The reasons Tobi is getting this declaration from the Assurance hitmaker are not exactly clear. Maybe it is just a goodwill message. Or maybe the Omo Baba Olowo just has a strong feeling about it. 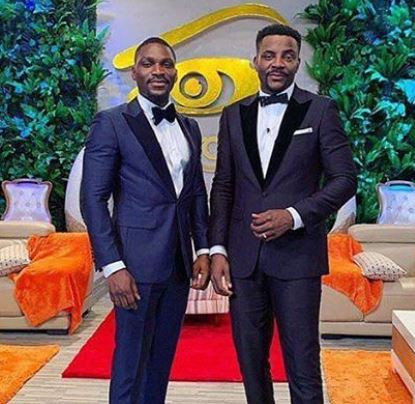 Whatever the case, Tobi is now assured that Davido would be cheering him on whenever he gets that big hosting gig.

Tobi himself has since responded to Davido’s goodwill message.

Okay! #OBO the prophet! Who else would be here for #TobiBakre taking over as #Bbnaija host?

And of course, as you must have guessed, he is here for it!