The annual festival which had a good outing last year will hold at the Federal Palace Hotel, V.I, Lagos from September 30, 2016 to October 2, 2016. 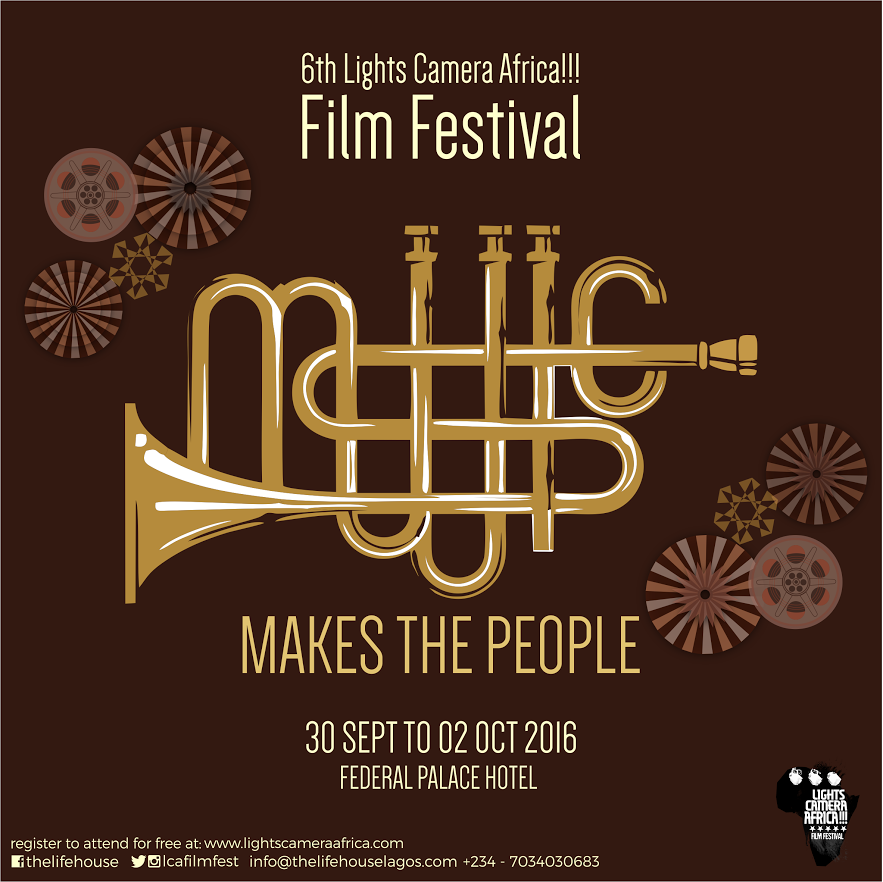 This year’s edition titled ‘Music Makes the People…’ will be a feast of vibrant sounds, rhythms, emotions and moving images as we dedicate three days to screening the best of emerging, fresh, independent African cinema and in particular celebrating the musical voice of film as an art form.

According to the organisers, this year’s festival will feature an unabashed display of works of film that speak to the power of music and other art forms.