Pastor and actor, Mike Bamiloye, known for his Mount Zion Film Productions has announced that the gospel ministry is set to launch a 24-hour Christian movie channel.

Mount Zion TV (MZTV) as it will be known is scheduled to begin transmissions on May 1, 2016. However, Bamiloye has suggested that the channel might kick off before the expected date.

THE Mount Zion Television is the FIRST Christian Movie Channel to come UP IN THE AFRICAN CONTINENT OR EUROPE pic.twitter.com/8MWUcXQOKf

According to Bamiloye, MZTV will emerge as the first Christian movie channel in Nigeria and Africa and it will transmit 12 films a day.

Describing the station as the first Christian movie channel to come up in Africa or Europe, Bamiloye also said there would be 12 movies in 24 hours.

Mount Zion Film Productions have since its 1985 debut produced over two-dozen films including popular movies such as One Careless Night, Secrets of the Devil, The Fruitless Tree, The Great Mistake, The Forgotten Ones and more. 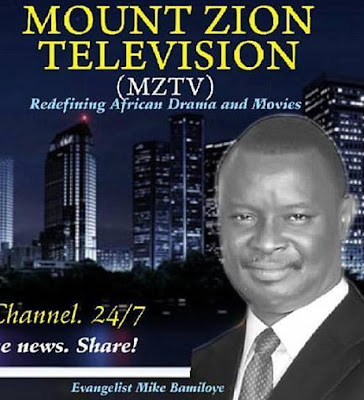