A graduate of Communication and Language Arts/Russian Language from the University of Ibadan, Nigeria, Uduak Isong Oguamanam made forays into telecommunications, as well as aviation before answering the artistic call and venturing into Nollywood.

Uduak is now an established producer and writer. She wrote and produced rick-cracking success, Okon Goes to School. She also produced Desperate Housegirls and Jump and Pass. Her sister, Emem Isong, is also a successful producer who runs the Royal Arts Academy.

In this chat with TNS‘ Yemi Falade, Uduak talks about her Afriville, being in the same industry with her sister and more.

You worked in aviation and telecoms before moving into film. If you were going to compare which has been more rewarding and profitable for you, which would it be?

It would be film. That’s basically because I’m doing my own thing here and that definitely pays more.

How has it been working in the same profession with your sister? Has it made it easier for you to work in the industry, or has it been challenging?

It has its challenges, but I would say that it’s made it easier. For one, her friends and her colleagues are automatically mine, so I have access to a lot of people based on the fact that I’m her sister. And because she has a name and people trust her, people automatically trust me, they would say, “Oh! She’s Emem Isong’s sister…It means she can write” which might not even be true. 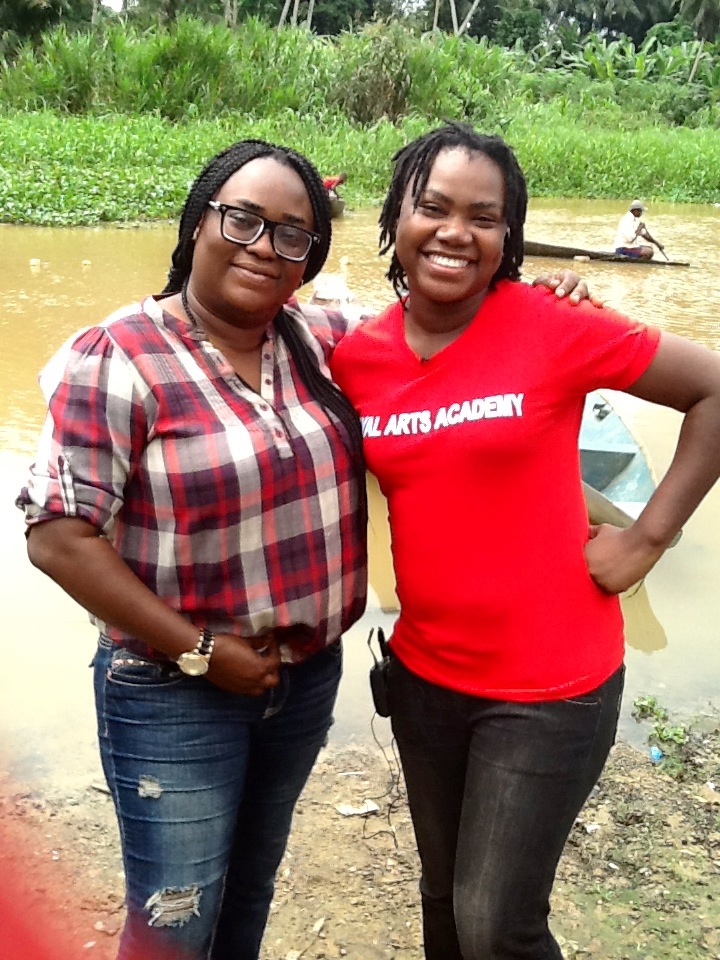 Has your gender affected how you’ve been viewed as a producer?

I don’t think so. I actually think there are more female producers, more successful – I say successful, carefully, for lack of a better word – female producers, so it’s not an issue at all. I mean Blessing is female, so is Emem, Jenifer, etc. There are a lot of us females, so it’s accepted.

Who are the actors that you most enjoy working with, the ones that make your work easier?

Almost all of the ones that I have worked with, but Majid Michelle and Desmond Elliot are my all-time favourites, any day!

In what ways do you think Nollywood can improve?

That’s a tough question…but because I’m a story writer, I would say in terms of screenplay. I see some fantastic stories, and I think “Oh! If they had just done this or that, it would have been better.” So I think that’s majorly where we can improve.

Last year, you opened a place in Surulere, ‘Afriville.’ Tell us about how that merges with what you do as a producer.

It’s like an art centre, and I’m an artist so to speak. What I wanted to do, was a channel through which I could sell my films, but I know people are not just going to walk in to just buy films, and that’s the core of it. So, we’re saying we’re selling all kinds of African stuff. #

We’re doing food, music, books, and we’re also doing film, and it’s also like a forum. We have film chats and open mics. We’re also trying to bring writers in literature, and writers in film together and see how we can work to make both industries better.